While ascending is individual for the Light workers before the final ascension it will be a mass event in the future for everyone on Earth who wishes to take part in it and move on to their next level of spiritual development. Ascending is optional and a choice to be made by each person.

The Ascension has been predicted by many civilizations throughout history and is known by other names, it has also been called the Second Coming and the Golden Age.

What is happening at this time is that the people on Earth are getting ready for a graduation of sorts. Everyone who wishes to go beyond the 3rd dimension and their current spiritual level has the opportunity to advance beyond them with a lot of help now and in the years to come.

Right now the Light workers; many of whom have incarnated from the higher dimensions specifically to help with the ascension in this lifetime, are preparing themselves to consciously ascend. When they do they will be consciously connected to that part of their vast higher dimensional self that is helping the people on Earth with their ascensions. They will be able to use their higher dimensional connection to help the people on Earth. They will be able to teach greater spiritual concepts and truths and show the way for others to ascend.

The 5th dimensional Earth is where some people will be ascending to in the final mass ascension. The Earth is multidimensional and like all entities it already exists in several dimensions.

The 5D Earth is the next step in spiritual advancement for some people on the Earth. Others will choose to ascend to a non-physical dimension. There are choices to be made by people when they ascend.

There are millions of Light workers on Earth right now and most of them have not awakened yet, meaning they have little or no idea of who they are and why they are here right now.

When the first of the Light workers ascend they will be writing books and eventually using every form of media to get out information to help awaken these Light workers and teach people in general about the ascension.

All people on the Earth today knew about the opportunity of the ascension in this lifetime and it is the main reason they chose to be born during this time period.

Each person here wished to experience the ascension in some way, even if it were not to ascend themselves yet.

A tremendous effort will be made to make it very clear that this time is not to be feared. It is a time of great joy and spiritual advancement and not a time of destruction and judgement as some believe.

Some of the information about this time on Earth that has been received over the last several thousand years was interpreted through fear and very limited beliefs and this has greatly distorted the messages in many cases.

Also some of the information received by people about the Ascension was given in code and in metaphors, as in "Revelations".

Much of what is in Revelations is a metaphor for what the body and consciousness will experience as it is opening to greater energies and awareness and releasing the densities. It is not that these openings and new awareness are violent in any way, but some people will have a very hard time going beyond what and who they are now and seeing themselves in a greater Light; in a more expanded way.

J.W.
What happens? Where do you go? What do you do? Can it be communicated in a way that a lay-person could understand?

A.R.
The Light workers are from a variety of dimensions which are well above the 5D.

As such they would be considered more like angelic beings than as "ETs" in the way that many people understand the term "ET".The ETs that most people think of as "aliens" are from the 3rd/4th dimensions and not necessarily any more spiritually advanced than the people on Earth.

"ETs" from the lower dimensions are NOT "Beings of Light".

A "Being of Light" is a person who has developed beyond the limitations of the 3rd/4th dimensions and is operating with conscious connection to their Higher Self. They also have God Consciousness, meaning they have an understanding of "Oneness with All That Is" and all of creation on an intimate level. So what each Light worker experiences in their own personal ascension will be unique and individual depending on the dimension they are from and the place that they are ascending "home" to.

The dimensions are not really numbered one through whatever. Any numbers given are just used as a reference to what people think of as the 3rd dimension.

The dimensions exist as different levels of consciousness.

As you advance in dimensions you expand your understanding and capacity for love and your ability to help and serve others.

There are an unlimited number of dimensions.

There can also be many different places within each dimensions, just like there are many, many planets within the 3rd dimension.

The number of dimensions are not limited because beings are ever advancing, growing and creating more dimensions and places within each dimension to experience.

When a Light worker ascends they consciously connect and start to merge back with the portion of their higher dimensional self from which they incarnated here from.

The ascension process is accomplished in part by doing energy and consciousness expansion work with your higher dimensional self. This work is usually done with the help of your personal guides, who are many times a part of your extended spiritual family in the higher dimensions.

It is what everyone and every thing is made of in all dimensions.

It carries with it God Consciousness and it is how All That Is experiences all creation; all portions of itself. The Divine energy can carry within it great love and information.

The energy used to help you can also be the personal energy of your higher self, one of your guides, Sananda or any Ascended Master or Angelic Being or group of beings.

What makes it their personal energy is that they channel the Divine energy through themselves adding their love and wisdom first before channeling it through you for your ascension work or for channeled information or just to share their love with you.

The more that you expand your consciousness and raise your ability to work with the Divine energy the greater your capacity to merge back with your higher dimensional self and be in conscious communications with them and other beings in the higher dimensions.

The people who are ascending for the first time into the 5D in the final ascension will be very consciously connected with their higher self and have the opportunity to choose where in the 5D they wish to go for their next step in learning and growing. They will stay in the 5D afterwards and not come back to the 3rd/4th dimensional Earth.

The 5D is a dimension that offers both physical planetary experiences and non-physical experiences to choose from.

There is an acclimation process after the initial ascension experience in all cases.

The Light workers will experience themselves going back home to the dimension and place they come from, but it will be done in a step by step process over a period of time. This process is very individual and the steps taken and the length of time needed to complete the process will depend on the individual person. They have to expand their consciousness slowly to go from being a 3D person, which they became by incarnating here, to merging back with the higher dimensional being that they incarnated here from.

In the higher dimensions when you reach a certain point of advancement the "TWIN FLAMES", THE "MALE/FEMALE HALVES" unite to form a single being.

In those dimensions a lot of time is spent being non-physical, but you can manifest a body and a physical environment if and when that is desired.

The body that is manifested can either be male, female or a single androgynous body. While "twin flames are united beings" they can still manifest as either their male or female portions even as their consciousness is totally joined as one.

All of the Archangels and other very spiritually advanced beings are also united beings in this way. Some of the Light workers will be ascending back to a dimension that is non-physical and where their higher dimensional self is a united male/female being.

The Light workers will ascend as they are personally ready, but most will ascend before the final ascension of the Earth.

The people of the Earth have a choice as to whether they ascend or not, as does every Light worker.

The 3D Earth will continue to exist after the ascension.

The ascension is a spiritual awakening and for those who choose it, a step to their next level of spiritual advancement. There is no need for it to be accompanied by years of strife and destruction to be accomplished.

Everyone on Earth will know that preparation for the ascension is taking place and will have an opportunity to participate if they wish to.

There is also the possibility of a "golden age" starting on the 3D Earth for the people who choose not to ascend.

If people learn from the spiritual teachings and higher dimensional wisdom being offered during the years of preparation for the ascension then they can use that knowledge to make the Earth a much better place to live.

Choosing not to ascend is a perfectly valid choice and will be made on both a higher self and a conscious mind level.

For all of the people on Earth this can be a wondrous time of awaking to the spiritual being that they are and an opportunity to move on to a much more complex and rewarding life at the next level of their spiritual development. 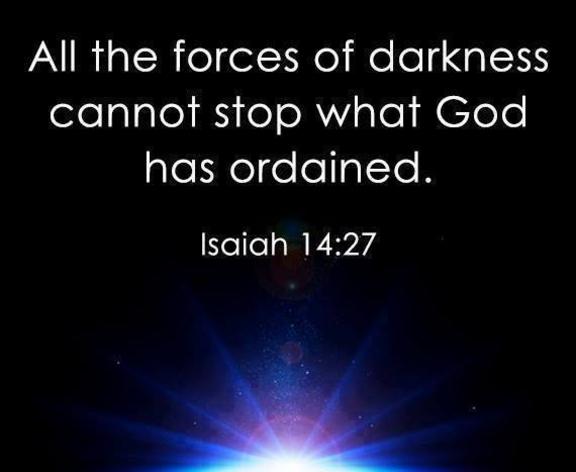 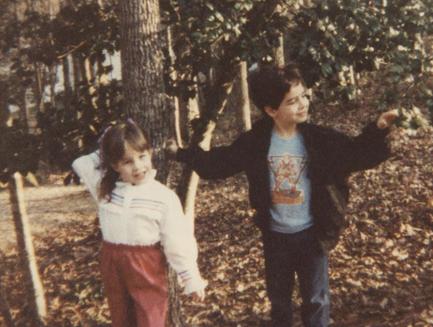 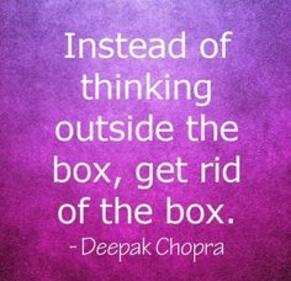 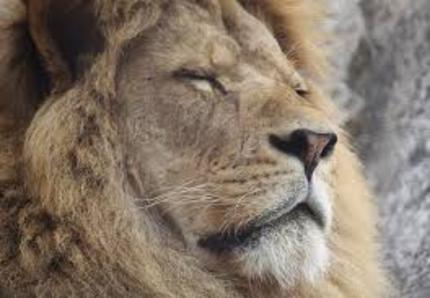 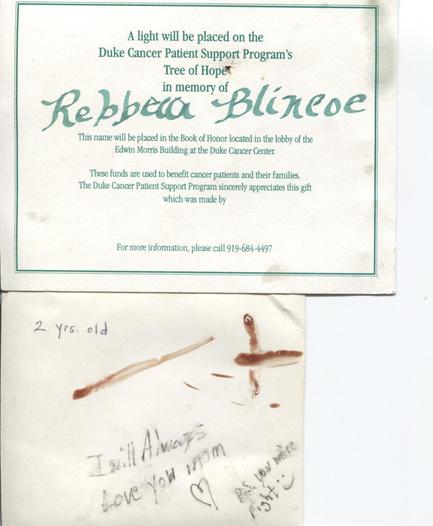 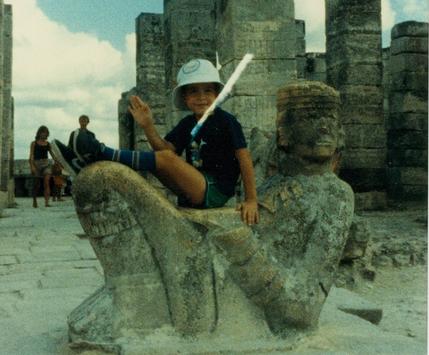 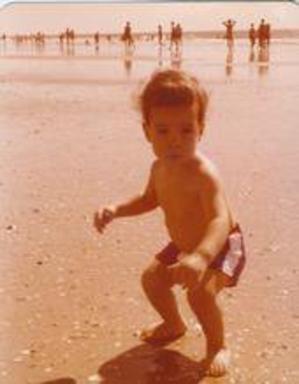 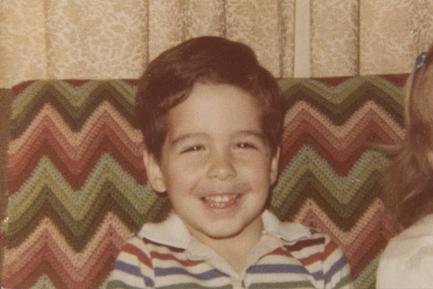 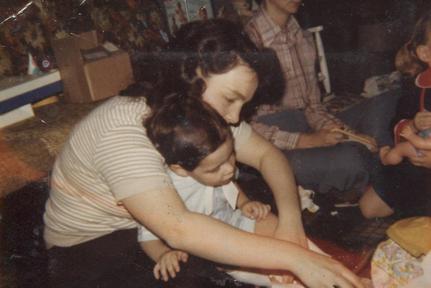